Ease of Ownership of Public Flats and Incentives for Developers 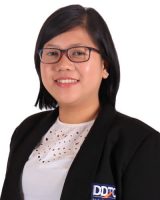 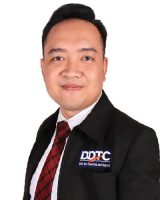 The government has provided easy ownership of public flat units (satuan rumah rusun/sarusun) and incentives for developers of public flats and special flats. Said incentives are regulated under Government Regulation no. 13 of 2021 concerning the Establishment of Flats (Gov Reg. 13/2021).
The regulation constitutes an implementing regulation of the provisions of Article 51 and Article 185 b of Law No. 11 of 2020 concerning Job Creation. Promulgated on 2 February 2021, this government regulation has come into force thereafter.
Based on Article 73 paragraph (2) of Gov. Reg. 13/2021, the government provides ease of ownership of public flat units for society. One form of the provided ease is tax incentives as per statutory provisions.
People wishing to apply for the ease of ownership of public flat units must meet three requirements. Said three requirements include Indonesian citizenship, registered as a resident in one regency/city according to the location of the
public flat unit, and having never received assistance and/or ease of house acquisition.
Moreover, incentives are granted to developers of public flats and special flats, and assistance and facilities are provided for the low-income population (Masyarakat Berpenghasilan Rendah/MBR). On a side note, flat developers refer to any person and/or government that carries out the development of housing and residential areas.
Next, MBR is defined as people with limited purchasing power, thus, requiring government support to obtain public flat units. General flats, on the other hand, refer to flats established to meet the housing needs of the low-income population, whereas special flats refer to flats established to meet special needs.
One of the tax facilities provided for the development of the flat units and MBR is tax incentives as per statutory provisions. As per Article 127 of Gov. Reg. 13/2021, tax incentives for housing developers are provided by local governments in the form of land and building tax of rural and urban areas (Pajak Bumi dan Bangunan Perdesaan dan Perkotaan/PBB-P2) relief. The procedures for the granting of these tax facilities, however, are not yet stipulated in detail in the provisions under Gov. Reg. 13/2021.
Referensi
1. Peraturan Pemerintah Nomor 13 TAHUN 2021

Ease of Ownership of Public Flats and Incentives for Developers